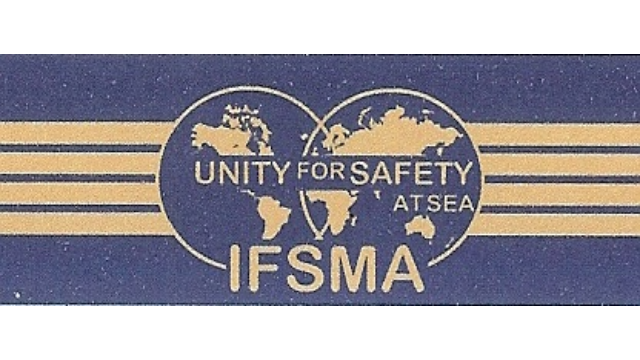 Guy Platten opened the meeting by welcoming and thanking all those joining the call. The meeting was then updated on the work of ICS with respect to crew changes. ICS was developing a framework of protocols for crew changes to demonstrate to member States and port authorities that the industry had robust protocols to protect both seafarers and communities around ports from cross infection during crew changes. The document would address the needs of shipowners, ports, airports and other relevant stakeholders and was to be drafted in the style of an IMO document. It was intended to submit the framework of protocols to IMO and ICAO, where it was hoped it would give authorities greater confidence to relax restrictions on crew changes once it was practical to start arranging crew changes. Other associations were invited to support these efforts and to work with ICS. There appeared to be widespread agreement from the other associations. It was hoped to share the draft framework of protocols with the other associations very soon.

With respect to the crew change hub concept, BIMCO had further reviewed their contract clauses. Their contracts included an infectious and contagious diseases clause, but this did not address crew changes. In the case of voyage deviations to reach a crew change hub then such voyages would be outside of the contract and as such there was a risk that they would not be insured as such deviations would have to be agreed by the charterers with the costs being a matter for discussion between shipowners and charterers. It was hoped that there would be a pragmatic approach from charterers and some had indicated that they were willing to co-operate. BIMCO were not currently working on a specific new clause to address crew change deviations during the pandemic but agreed to discuss internally. The IG P&I were supportive of the concept in principle but stated that the costs of voyage deviations would have to be negotiated by shipowners and charterers. The IG P&I would review the insurance aspects of deviations and supported continued efforts to develop the proposal and to apply pressure at IMO and on national governments.

The work on crew changes was working on several levels, reflecting the complexity and challenging nature of the matter. Work continued to work at a high level to maintain pressure on governments and the G20 member States, as well as at the more detailed operational level of developing the framework of protocols document. ICS had enjoyed a positive and constructive call with the Director General/CEO of IATA (Alexandre de Juniac) and their Senior Vice President Airport, Passengers, Cargo and Security (Nick Careen) on the matter of crew changes. IATA saw opportunities for the airline sector to support shipping by providing flights. Some passenger aircraft were now operating cargo flights with no passengers on-board because of passenger restrictions. It was also made clear that airlines are commercial companies and that although there was potential to reduce costs in the circumstances, there would nevertheless still be costs for the shipping industry in arranging for ships crews to be carried by the airlines. IATA had requested information on the number of seafarers involved and the airports which would need to be served, ICS had shared some initial numbers but those other associations joining the call were requested to share data on the number of seafarers their member companies needed to move and between which airports. ICS offered to collate and share with IATA. ICS and IATA had also agreed a joint statement to maintain pressure on governments (see links below). IATA had expressed an interest in the framework of protocols document which was under development and would be invited to comment, with a joint ICS – IATA letter to IMO and ICAO being considered. The outreach to IATA was supported by all.

The meeting was reminded that the European Commission had issued a welcome communication on the matter of crew changes on April 8 which had addressed the protection and repatriation of seafarers. ECSA was maintaining pressure in Europe by asking for the matter to be discussed by the European Council and was lobbying member States and the European Parliament to promote a harmonized approach in Europe. As an observation it was stated that crews on-board were being well looked after and continued to be paid, and that the bigger welfare concern was for seafarers unable to join ships and who were waiting to resume work.

IACS updated the meeting with respect to the open letter to industry which they planned to issue. Since the last meeting work to draft this letter had continued however although it was 95% complete the final sections required further work. It was hoped to issue the letter in week commencing April 20. In response to a question from CLIA on the matter of the European Ship Recycling Regulation and the necessary inventory of hazardous materials which was required to be completed by 1 January 2021 IACS confirmed that this would be addressed in the open letter. On the matter of ship certification IPTA drew the meetings attention to the recent initiative of the USCG to agree to ballast water management extensions, recognizing the difficulties being faced by industry in installing and commissioning ballast water management systems within the applicable deadlines for ships. A question was asked about whether IMO might agree to a similar extension, however ICS considered that there was no legal mechanism for IMO to suspend implementation, partly because there were no IMO meetings to consider the matter during the suspension of IMO meetings and also because of the process to amend the Convention even if IMO was still meeting. Following discussions with several Member States it appeared that where shipowners were unable to install and commission a BWMS within the applicable deadline then this could be addressed under the provision for contingency measures and to allow use of ballast water exchange. Feedback from shipowners indicated that to date both Flag Administrations and Port State Control authorities were applying a flexible and pragmatic approach to certification matters.

Several other concerns and updates were shared by associations, including inter alia:

There being no further matters to be discussed the meeting was closed after agreeing to hold a further call at the same time on Wednesday 22 April 2020.